William N. Thompson is professor of public administration at the University of Nevada, Las Vegas, NV and a noted authority on legalized gambling. 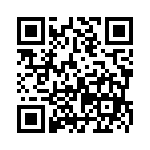