Page 208
Mr. Henry Arthur Jones , whose tireless energy cannot be confined to the mere writing of plays , but must spend itself in all manner of lectures , articles , and dramatic schemes , is found , in company with Mr. Sidney Grundy , in the ...
Page 378
5 , is paralleled in “ Henry VI . , ” Part II . iii . 1 , a passage not quite so hackneyed , where Jack Cade is mentioned as having fought so long , till that his thighs with darts Were almost like a sharp - quill'd porpentine .
Page 528
The first was the production of Mr. Henry James's “ The American " at the Opera Comique on Saturday , September 26 ; the second was the production of an English version of Emile Zola's dramatisation of “ Thérèse Raquin " at the Royalty ...

12 other sections not shown 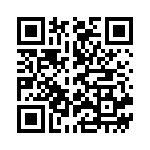