56 other sections not shown

LEWIS L. LASKA is Professor of Business Law at Tennessee State University. He is the author of Tennessee Legal Research Handbook and Tennessee Manual of Complaints, and has written many other journal articles and monographs. 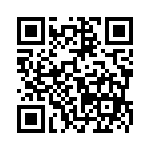