This is not a history book

I carefully read this book and came to a conclusion that the primary goal of the author is an attempt to demonise Russia and embellish the actions of the Saakashvili's government before and during the ... Read full review

Ronald Asmus is executive director of the Brussels-based Transatlantic Center and responsible for Strategic Planning at the German Marshall Fund of the United States. He is the former deputy assistant secretary of state for European Affairs during President Clinton's second term. He has published numerous essays over the years on US-European relations, including in Foreign Affairs, Survival, the American Interest and Policy Review. He is the author of Opening Nato's Door, a contributor to The Washington Post, Wall Street Journal, and The New Republic, and others, and is a commentator in both the American and European news media. He lives in Brussels, Belgium. 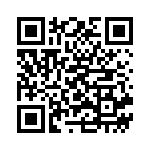