This book is a "must have" for the Arabic linguist. Well-researched and provides a solid background on the history and development of the Arabic language. I picked this up in Monterey, California back in 1998 and have found it to be a valuable addition to my collection. Read full review

This was an excellent, well researched book. It was full of history, which added context to the discussion of the dialects, and despite being a speaker, I found it full of new information. Personally ... Read full review

Kees Versteegh is professor of Arabic and Islam at the University of Nijmegen. 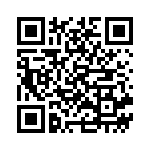