Page
“Upstairs! Hurry!” As he passed the door to the living room, Harry caught a glimpse of Uncle Vernon and Dudley in bow ties and dinner jackets. He had only just reached the upstairs landing when the doorbell rang.
Page
only just reached the upstairs landing when the doorbell rang and Uncle Vernon's furious face appeared at the foot of the stairs. “Remember, boy — one sound —” Harry crossed to his bedroom on tiptoe, slipped inside, closed the door, ...
Page
Stepping nimbly out of Harry's reach, he pulled a thick wad of envelopes from the inside of the pillowcase he was wearing. Harry could make out Hermione's neat writing, Ron's untidy scrawl, and even a scribble that looked as though it ...
Page
Yet life at Privet Drive had reached an all-time low. Now that the Dursleys knew they weren't going to wake up as fruit bats, he had lost his only weapon. Dobby might have saved Harry from horrible happenings at Hogwarts ...
Page
Then he went to help Fred and George heave his trunk up the stairs. Harry heard Uncle Vernon cough. At last, panting, they reached the landing, then carried the trunk through Harry's room to the open window. Fred climbed back into the ... 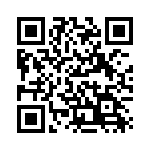