Tree of souls the mythology of Judaism

I really wish the author would have researched further many of the myths he discusses in this book. Unfortunately, the book is riddled with misquoted Scripture that leads the reader to believe the Scriptures support many of these myths, when in fact, most of these myths are in complete contradiction to what is considered canonical Scripture (Note that although I refer to the author as Schwartz many times in this review, I am aware that much of this book is quoted from other literature and is not all necessarily Schwartz' words; I am, however, assuming he agrees with it, since I read no commentary that seems to disagree). Take, for example, beginning on pg 160, "The Council of Souls." The very scripture that clearly contradicts this myth is misquoted and used to support it instead. The particular Scripture I'm referring to is Jeremiah 23:18, which states "For who hath stood in the counsel of the LORD, and hath perceived and heard his word? who hath marked his word and heard it?" In the context, this verse is condemning the false prophets and the LORD is stating that no one is able to stand in His counsel and no one can even understand His word unless He allows them to. Schwartz misquotes this verse as, "But he who has stood in the counsel of Yahweh, and seen, and heard His word - He who has listened to His word must obey." This translation does not even make a bit of sense in the context the verse is in, and even to someone who is not a scholar, this is very obvious. This leads me to believe that the author, unfortunately, is intentionally misquoting Scripture.
To give a slightly larger sample size than just one verse, the following are from the same section of the book:
I Chronicles 4:23
- Schwartz: "They dwelt there in the kings service."
- Scripture: "These were the potters, and those that dwelt among plants and hedges: there they dwelt with the king for his work."
In the context, the verses before list the geneology of David, and this verse states that the particular aforementioned family was a family of servants to the king of Judah. Similarly, in an earlier passage of this same chapter, another family is noted as a family of craftsmen. Schwartz takes this out of context and uses it to denote that the souls were in the counsel of God.
Jeremiah 5:22
- Schwartz: "Who set the sand as a boundary to the sea"
- Scripture: "Fear ye not me? saith the LORD: will ye not tremble at my presence, which have placed the sand for the bound of the sea by a perpetual decree, that it cannot pass it: and though the waves thereof toss themselves, yet can they not prevail; though they roar, yet can they not pass over it?"
In this case, Schwartz does not so much misquote as he does take it horribly out of context. From the full verse, it is obvious the LORD is speaking of Himself: that HE has set the boundary of the sea. God is declaring His power above all, even the mighty sea. Yet, Schwartz uses a single phrase from this verse and claims that it means some of these counselors of God have set the boundaries to the sea.
Psalms 82:1
- Schwartz: "God stands in the divine assembly; among the divine beings He pronounces judgment."
- Scripture: "God standeth in the congregation of the mighty; he judgeth among the gods."
Once again, this verse is removed from its context. The "mighty" and "gods" the verse speaks of are not divine beings. It is referring to earthly judges. This particular Psalm is denouncing the earthly judges, stating that they walk in darkness, and though they are considered to be gods among men, they will die just like every other man, but God will arise and ultimately judge the entire earth. The first verse is stating that when an earthly judge is passing judgment on someone, God is there passing the ultimate judgment. It is in no way stating that God is there taking counsel of these judges, as Schwartz claims it does.
I could go on, but if you have read this far I've

Howard Schwartz is Professor of English at the University of Missouri-St. Louis. He is the editor of Elijah's Violin & Other Jewish Fairy Tales, Miriam's Tambourine: Jewish Folktales from Around the World, Lilith's Cave: Jewish Tales of the Supernatural, and Gabriel's Palace: Jewish Mystical Tales. Caren Loebel-Fried is an award-winning illustrator and author of many works on mythology. Her Hawaiian Legends of the Guardian Spirits received the 2003 Ka Palapala Po`okela Award for Excellence in Illustration. 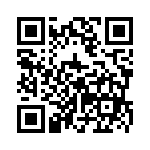