Page 104
The development of this idea has been attributed to the third Earl of Shaftesbury ,
more than to any other single man . Believing that morality may operate
independently of religion , he had argued that man has a native disposition to
good .
Page 105
Sir John Hawkins , objecting to the idea that it is an inborn quality , comments that
Fielding was the " inventor of a cant phrase , ' goodness of heart , which means
little more than the virtue of a horse or a dog . ” In his essay on Johnson , Arthur ...
Page 235
John , author of The Penitent Pardoned : based repentance on amendment , 68 ;
dubious about efficacy of deathbed repentance , 80–81 ; mentioned , 4 , 70
Grotius , Hugo : SJ discussed his works on the Atonement , so ; favored idea of
God ... 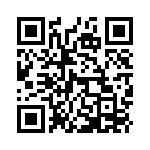