Sabrina P. Ramet is at the Department of Sociology and Political Science at the Norwegian University of Science and Technology 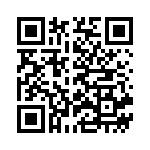