Page 89
On which side of Old Slaughter's is not clear , but next door to that historic coffee - house , well known to Pope , Collins , Roubiliac , Wilkie , Hogarth , I think Dryden , and to many others with famous names , was the house of ...
Page 193
Of Mr. Richardson , who next succeeded , nothing seems to be known.2 Next came Mr. Joy , when what afterwards became even better known as Evans's , " was called the “ Star ” dinner and coffee room , because of the number of men of rank ...
Page 535
He has been known to run amok among a flock of sheep , slaughtering right and left , apparently for the mere sake of killing ; nor does he quail when placed in the field against enemies more formidable than the unresisting " muttons .

22 other sections not shown 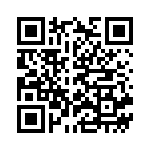