Page 53
Similarly , when he defines the term " expiation " there is no reference to Christ's
sacrifice . It is only in connection with the adjective " expiatory ” that the specific
Christian allusion appears . Even here the reference is made , not in the
definition ...
Page 98
This , of course , is a reference to the exemplary character of the sacrifice , but
this belief , which had been so strongly emphasized by William Law , now
accompanies a conviction that the death on the Cross was truly propitiatory . A
reference ...
Page 236
... in final English prayer , 183 ; defined , 184 ; importance of reason , 187 ;
interpreted term in traditional Anglican sense , 191-93 ; reference to " late "
conversion , 193 ; reference to " imperfect conversion , ” 203 ; disagreement on
meaning of ... 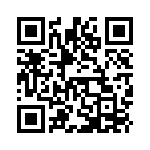