Page 109
41 ( Old South Church ) , the bells will strike four , make a pause of a few seconds , then strike one , thus : 4-1 . This will be repeated at intervals of about one - half minute . For a fire near Box No. 145 ( South Boston Point ) ...
Page 261
All that part of Ward Four lying within a line beginning at the centre of the crossing of North and Blackstone streets ; thence by the centre of North street , Dock square , Washington and Court streets , Scollay square , Sudbury street ...
Page 56
Four of said persons shall be appointed for one year , four for two years , and four for three years ; and thereafter , annually , the mayor shall appoiņt , with like approval , four persons as overseers of the poor for three years . 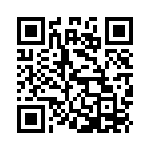