I have read other books by Dr Farrokh and in the same brilliant manner in which he has written all his previous books, I can think this one as one of his best! The period which this brilliant book covers is one of the most turbulent times not only for Iran but for other nations too. Dr Farrokh brings a dimension into this period (1500-1988) which makes the book a far more valuable history book than other book on this subject. I believe the reason is that the writer being himself a Persian and as such it is by far more accurate than most other similar books! The modern period i.e. the Pahlavi era also a turbulent period for Iran is written in a manner that one can see is written by a true historian as it is well researched and very balanced.
I would like to say that this book should be possibly the book for anyone who wishes to know about Persia (Iran) and her history of the last 500 years. I can see this book to become the standard history book for all history departments of Near-East and Persia! Great read, thoroughly enjoyed reading it, thank you!

Persia was a great empire for several millennia. Its very sad to see, for whatever reasons most western scholars were intentionaly ignoring her glory and media is surprisingly produce crap movies such as 300 and Alexander in which the Persian Empire and its people are humilated.
What do you think it means to write thousands of books and making plenty of movies about just one episod of Greeck-Persia wars ( Battle of Marathon ) that Persia had a minor defeat but to not to spend almost any work on other episodes of the same war that Greeck were severly defeated? Whats the reason that a place like Greece is introduced as birthplace of democracy while 90% percent of people there were slave and Persia was long before that a free country (at least from Cyrus the Great time).
Does a western youth know who was Cyrus, the Great or Daruish, the Great at all? Now compared it with large volumes of books each year is written about him.
Finally, Dr. Farrokh narrowed down this herculous job by writting Shadows in the Desert. I give hands for him to distill the rich history in three great Iranian dynasties in just some hundreds of pages.
I look forward to see his next books.

Dr. Kaveh Farrokh was born in Athens, Greece, in 1962 and emigrated to Canada in 1983. Kaveh has collected data and primary sources on Sassanian cavalry for 18 years resulting in travels to locations such as Naghshe-Rustam (Iran). He has given lectures and seminars in the University of British Columbia and the Knowledge Network Television Program of British Columbia and has written articles for various journals. Kaveh obtained his PhD in 2001 from the University of British Columbia where he specialized in the acquisition of Persian languages. He is currently a learning and career specialist in Langara College in Vancouver, British Columbia. He acted as a historical advisor on the film Cyrus the Great, and has appeared on the History Channel documentary as an expert on the Persian Empire. 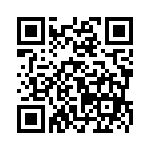