Page 122
THE DEATHDAY PARTY O aro ben cor rive de sile alinan dompet , the nature was kept ctober arrived , spreading a damp chill over the grounds and into the castle . Madam Pomfrey , the nurse , was kept busy by a sudden spate of colds among ...
Page 150
They built this castle together , far from prying Muggle eyes , for it was an age was an age when magic was feared by common people , and witches and wizards suffered much persecution . ” He paused , gazed blearily around the room ...
Page 266
Hagrid's hint about the spiders was far easier to understand — the trouble was , there didn't seem to be a single spider left in the castle to follow . Harry looked everywhere he went , helped ( rather reluctantly ) by Ron .

J.K. ROWLING is the author of the seven Harry Potter books, which were first published between 1997 and 2007. The enduringly popular adventures of Harry, Ron, and Hermione have sold over 500 million copies, been translated into over 80 languages, and made into eight blockbuster films. Alongside the Harry Potter series, she also wrote three short companion volumes -- Quidditch Through the Ages, Fantastic Beasts and Where to Find Them, and The Tales of Beedle the Bard -- which were published in aid of Comic Relief and Lumos. In 2016, J.K. Rowling resumed Harry's story in a stage play, Harry Potter and the Cursed Child, which she wrote with playwright Jack Thorne and director John Tiffany, and which is now in theaters across the world. In the same year, she wrote the screenplay for the film Fantastic Beasts and Where to Find Them, the first in a series featuring magizoologist Newt Scamander. She is also the author of a stand-alone novel for adults, The Casual Vacancy, and, under the pseudonym Robert Galbraith, writes the Strike detective series. In 2020, J.K. Rowling returned to publishing for younger children with the fairy tale The Ickabog, the royalties from which she is donating to groups affected by the Covid-19 pandemic. She lives in Scotland with her family, and is at her happiest alone in a room, making things up. 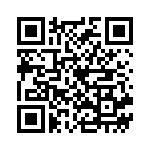