Jeni Couzyn was born in South Africa in 1942. She grew up in Johannesburg, and read English and Drama at the University of Natal. In 1965 she emigrated to Britain. From 1975 to 1978 she lived in Canada, where she published three books and became a Canadian citizen. She now lives between London and South Africa. Her first book of poems, Flying, appeared from Workshop Press in 1970, and was followed by several other books, including Monkeys' Wedding (Cape, 1972; Heinemann, 1978), Christmas in Africa (Heinemann, 1975), House of Changes (Heinemann, 1978), Life by Drowning: Selected Poems (Bloodaxe Books, 1985) and In the Skin House (Bloodaxe Books, 1993). She edited The Bloodaxe Book of Contemporary Women Poets, published by Bloodaxe Books in 1985. 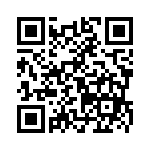