Page 6
own . name of the City of Boston demand either the removal of the patients to Danvers , and the closing of the Boston hospital , or the immediate erection of a new asylum of our Which course should the city pursue ?
Page 2
setts , of the first part , and the City of Boston , a municipal corporation , duly established by law in said Commonwealth , of the second part , witnesseth : That , whereas there are now pending in the Supreme Judicial Court for the ...
Page 10
OTHER PUBLICATIONS ISSUED BY THE CITY . 1860. Proceedings and Debates of the Fourth National Quarantine and Sanitary Conventions , held in the City of Boston , June 14 , 15 , and 16 , 1860. Reported for the City Council . 1863.

3 other sections not shown 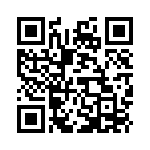