Born in Srinagar, Kashmir, the son of a British army major and his wife, Roland Anthony Oliver has been recognized as the leading British historian of Africa. Educated at Stowe and King's College, Cambridge University, he served in the Foreign Office from 1942 to 1945, at which time he left to complete his graduate studies at Cambridge on a R. V. Smith research studentship. In 1948 he became lecturer at the University of London School of Oriental and African Studies, a position he held until 1958, when he became reader in African History. In 1964 he was appointed the first professor of the history of Africa at the University of London, where he remained until his retirement in 1986. Oliver's long tenure at the University of London and his numerous publications made him one of the leading academic protagonists for the study of the African past both in the United Kingdom and internationally. A whole generation of American, European, and African students passed through the School of Oriental and African Studies at the University of London under his tutelage, strongly influenced by him. Professionally very active and the principal academic spokesman for the study of African history, he received numerous honors, including Francqui professor at the University of Brussels and visiting professor at Northwestern and Harvard universities. Among his many publications is A Short History of Africa, which he co-authored with J.D. Fage in 1962 and which has probably been the most widely used text in schools and universities. His most massive contribution, however, was the general editorship of the eight-volume Cambridge History of Africa (1975-86). He shared the editorship with J. D. Fage, with whom he also edited for many years The Journal of African History, the leading journal in the field and by far the most influential in shaping African historiography. 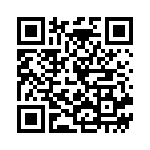