Page 71
We cannot refrain in this report from referring to the decease , during the year , of two members of the Committee , both of whom evinced great interest in the prosperity of this school , - Dr. Calvin E. Page , who died in May ...
Page 346
In accepting the keys , Mr. FLINT made an extended address , which was replete with interest , and which was heartily received . His reply to Mayor SHURTLEFF and remarks to LUCIUS A. WHEELOCK , Esq . , the Master of the school , were as ...
Page 363
... erected in this or any other city , and thanked the gentlemen of the School Committee that they had taken the name of one who was ever ready to promote the interests of our public schools , as well as the interests of our city . 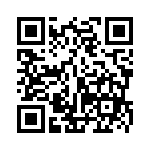