Page 15
... late years especially , been excessive . ' Letters of Boswell , p . 346 . i ADVERTISEMENT TO THE THIRD EDITION . SEVERAL valuable letters.
Page 17
SEVERAL valuable letters , and other curious matter , having been communicated to the Author too late to be arranged in that chronological order which he ...
Page 22
... which he presented to the Bodleian Library at Oxford , is pasted a Character of the late Mr. Zachariah Williams , plainly written by Johnson , intern .
Page 26
Thoughts on the late Transactions respecting Falkland's Islands . acknowl . 1772. Defence of a Schoolmaster ; dictated to me for the House of Lords ...
Page 40
And I don't know but by the late act of naturalisation , foreigners will assume that title as part of the immunity of being Englishmen . ' The Tatler , No.
Next » 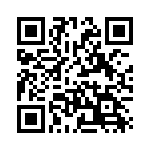