Page 24
... afterwards their part is in the London , the great field of genius and exertion , irregular nouns and verbs ... from which he was in them ; afterwards in Mr. Leeds's Greek Gramsoon diverted by his decided preference for the mar .
Page 51
In The Gentleman's Magazine for May of this While the Dictionary was going forward , John- year he wrote a “ Life of Roscommon , ” * with son lived part of the time in Holborn , part in Notes , which he afterwards much improved , Gough ...
Page 153
I to do , as he might , perhaps , have knocked me am , Sir , & c . down for insulting him , and have afterwards Sam . JOHNSON put the note in his pocket . But I said , if Hervey London , Johnson's - court , Fleet - street would write ... 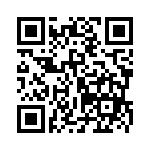