I have been putting off reading this since August 15, 2015 (or so), because I wanted a little more coverage of the Roman Empire (and I don't currently have Gibbon in my library). I got that earlier ... Read full review

The book's flaws (and successes) have been covered by many former reviewers so let me add just a few notes that may be of interest to someone at some time: For anyone who slept through their world ... Read full review

William Rosen was born in California on February 12, 1955. He graduated from UCLA. Before becoming an author, he worked for nearly 25 years as an editor and publisher at Macmillan, Simon and Schuster, and the Free Press. He authored or co-authored books on education, traffic, antibiotics, and climate change. His books include Justinian's Flea: Plague, Empire, and the Birth of Europe; The Most Powerful Idea in the World: The Story of Steam, Industry, and Invention; and The Third Horseman: Climate Change and the Great Famine of the 14th Century. He died from gastrointestinal stromal cancer on April 28, 2016 at the age of 61. 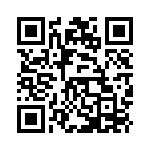