Page 2 - By the year 2000, the high school graduation rate will increase to at least 90 percent; 3. By the year 2000, American students will leave grades four, eight, and twelve having demonstrated competency in challenging subject matter, including English, mathematics, science, history, and geography...
Appears in 233 books from 1871-2007
Page 2 - US students will be first in the world in science and mathematics achievement. 5. Every adult American will be literate and will possess the knowledge and skills necessary to compete in a global economy and exercise the rights and responsibilities of citizenship.
Appears in 195 books from 1871-2007
More
Page 2 - English, mathematics, science, history and geography, .and every school in America will ensure that all students learn to use their minds well, so they may be prepared for responsible citizenship, further learning and productive employment in our modern economy.
Appears in 216 books from 1871-2008
Less

Diane Ravitch, former Assistant Secretary of Educational Research and Improvement at the U.S. Department of Education, is the author of numerous books, including The Language Police: How Pressure Groups Restrict What Students Learn (Knopf, 2003), Left Back: A Century of Battles over School Reform (Simon & Schuster, 2001), and National Standards in American Education: A Citizen's Guide (Brookings, 1995). 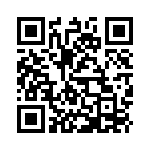