Lauran Paine was born on February 25, 1916 in Duluth, Minnesota. He spent his youth working as a cowboy. Paine entered the publishing scene in 1950, when he had 14 books published. Those first books were written under his own name and included Adobe Empire, Timberline, Geronimo, Wake of the Moon, Valour in the Land, The Bounty Hunter, Sixgun Atonement, The Apache Kid, Kiowa-Apache, Greed at Gold River, The Modoc War, Lawman, and The Story of Buckhorn. Paine has also done quite a bit of magazine work, as well as motion picture work on Westerns, livestock dealing, rodeoing, blacksmithing and ranching. Paine's books have been translated into every major European language, and have even been reprinted behind the Iron Curtain and in Africa. In 35 years of serious writing, Paine had seen over 900 of his manuscripts published as books, including at least 515 Westerns, all of them under about 74 pen names. He was listed in the Guiness Book of World Records from 1980 to 1984 as the world's most prolific living author. Lauran Paine died December 1, 2001 in Fort Jones, California. 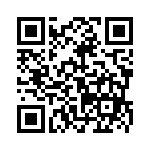