Page 309
To Natural History and the Natural Sciences , in the sixth , fifth , and third classes , one hour in each week is given ; in the fourth class , one hour and a half ; and in the second and first classes , two hours in each week .
Page 310
For the Third Class , Physical Philosophy and Mechanics , to be studied in a French text - book , one hour each week . For the Second Class , Physics and Mechanics , and Astronomy in French , two hours each week .
Page 344
By a vote of this Board passed April 12 , 1870 , it was ordered : - That one hour each week be devoted to Drawing in the Grammar and Primary schools . " One hour for the Primary schools is enough , and should be divided into four ... 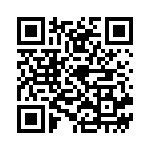