Gregory P. Joseph heads his own litigation firm in New York City. He is President-Elect of the American College of Trial Lawyers and a former Chair of the 60,000-member Section of Litigation of the American Bar Association. He served on the Advisory Committee on the Federal Rule of Evidence from 1993-1999. In world surveys in 2008 and 2009 by London-based Who's Who Legal, Mr. Joseph was rated one of the 10 most highly regarded commercial litigators in the world. Mr. Joseph is the winner of the Second Annual Achievement Award of the Demonstrative Evidence Specialists Association. In addition, he has written and edited several books on evidence, trial practice and sanctions. 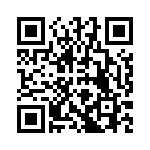