Williamson Murray has just completed a two-year stint as a Minerva Fellow at the Naval War College and is at present serving as an adjunct professor at the Marine Corps University. He is also Emeritus of History at Ohio State University. At present he is a defense consultant and commentator on historical and military subjects in Washington, DC. He is co-editor of The Making of Peace (with Jim Lacey), The Past as Prologue (with Richard Hart Sinnreich), The Dynamics of Military Revolution, 1300-2050 (with MacGregor Knox), Military Innovation in the Interwar Period (with Allan R. Millett), and The Making of Strategy (with Alvin Bernstein and MacGregor Knox).

Kevin M. Woods is a historian and defense researcher at the Institute for Defense Analyses. For the last decade, he has led a research project designed to understand the former regime of Saddam Hussein through the analysis of captured regime records and interviews with former senior Iraqi officials. Prior to joining IDA, Dr Woods was a US Army officer with assignments in the US, Europe, and Middle East. A graduate of Auburn University, he also holds a Masters Degree in National Security and Strategic Studies from the Naval War College, and a PhD in History from the University of Leeds. Dr Woods is the lead author of several books and studies on Iraq including: The Iraqi Perspectives Report: Saddam's Senior Leadership on Operation Iraqi Freedom (2006), The Mother of all Battles: Saddam Hussein's Strategic Plan for the Persian Gulf War (2008) and The Saddam Tapes: The Inner Workings of a Tyrant's Regime, 1978-2001 (2011). 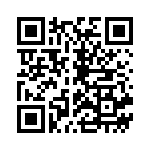