DR. NIGEL THOMAS is an accomplished linguist and military historian and is currently a Senior Lecturer in charge of the Business Language Unit at the University of Northumbria, Newcastle. His interests are 20th century military and civil uniformed organizations, with a special interest in Germany, Central and Eastern Europe. He was recently awarded a PhD on the Eastern Enlargement of NATO. DU=AN BABAC is a postgraduate geological engineer, living in Belgrade. He has a strong interest in military history, particularly military uniforms, and is an acknowledged authority on Yugoslavia and Montenegro. He is an associate of the Military Mudeum and Serbian History Museum in Belgrade and has published widely in France, Japan, Russia and the states of former Yugoslavia. This is his first book for Osprey.

DARKO PAVLOVIC is a Croatian artist living and working in Graz, Austria and Zagreb. He is an architect with a passion for military history and is now a full-time illustrator specializing in military subjects. 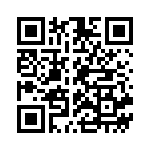