quite interesting n would like to read the whole version

Page v - In reaching his judgment on the competence, accuracy, and objectivity of each study, the President is advised by the director of the appropriate research program and weighs the views of a panel of expert outside readers who report to him in confidence on the quality of the work. Publication of a work signifies that it is deemed a competent treatment worthy of public consideration but does not imply endorsement of conclusions or recommendat ions.
Appears in 138 books from 1973-1999
Page v - It is the function of the Trustees to make possible the conduct of scientific research, and publication, under the most favorable conditions, and to safeguard the independence of the research staff in the pursuit of their studies and in the publication of the results of such studies. It is not a part of their function to determine, control, or influence the conduct of particular investigations or the conclusions reached.
Appears in 124 books from 1948-1999

Herbert Kaufman was a professor of political science at Yale University and a senior fellow at the Brookings Institution. 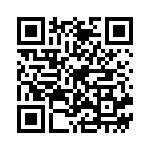