Page 363
Villiers and the other streets round represent George Villiers , Duke of Buckingham , who laid out his fine gardens as a building ... At Toole's Theatre , in King William Street , was the first " Oratory " founded by Dr. Newman .
Page 377
In Davies Street , just after we turn out of Berkeley Square , there is to be noted a gloomy , heavy - eaved but effective old brick mansion that bears its age well , which must be about two hundred years old . It has a little inclosure ...
Page 381
As was noted before , the London street names offer a subject of extraordinary interest , dramatic often , and many surprises , too , We will give a few of these derivations : The Minories were so called after a convent of Minorites of ... 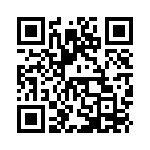