Harry Potter and the Philosopher's Stone was J.K. Rowling's first novel, followed by the subsequent six titles in the Harry Potter series, as well as three books written for charity:Fantastic Beasts and Where to Find Them,Quidditch Through the AgesandThe Tales of Beedle the Bard. The Harry Potter novels have now sold over 450 million copies worldwide and been translated into 78 languages. 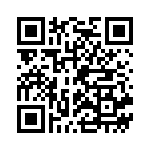