This is smart but austere survey of the first two dynasties of China, dating from 221 BC to 220 AD. The Qin and Han Dynasties arose from the bedlam of the Warring States, a sort of perpetual civil war ... Read full review

Like all this series, it has an overview of political history, but more on social history and in this case, religious/philosophical history. Very interesting on the development of Chinese religious ... Read full review

Doctor and author Robin Cook is widely credited with introducing the word ‘medical’ to the thriller genre, and over twenty years after the publication of his breakthrough novel, Coma, he continues to dominate the category he created. Cook has successfully combined medical fact with fiction to produce over twenty-seven international bestsellers, including Outbreak (1987), Terminal (1993), Contagion (1996) and most recently Cure (2011). 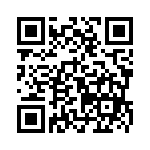