This is a well-crafted, very readable introduction to the Ming emperor Yongle, full of both rich factual content and fascinating details that weave together many bits of information you probably ... Read full review

Shih-shan Henry Tsai is professor emeritus of history and former director of Asian studies at the University of Arkansas. He is the author of several books, including Eunuchs in the Ming Dynasty. 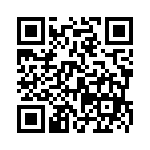