Charles L. Schultze is a senior fellow in the Economic Studies program at Brookings. He was chairman of the Council of Economic Advisers during the Carter administration and director of the U.S. Bureau of the Budget during the Johnson administra 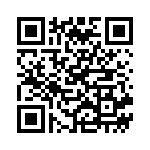