Page 60
sion suggested to the power company that because locally manufactured
turbines had a higher import content ( roughly 50 percent ) than did the
generators , an agreement be sought with ABDIB to buy the generators in Brazil
and the turbines ...
Page 72
In fact , the somewhat atypical existence of a large equipment - manufacturing
sector in Brazil may have made it possible to get a glimpse of the problematical
decisionmaking in the first place . In a country less developed than Brazil , the ...
Page 122
AID , Brazil Mission , " Memorandum of Conversation , ” William Wheeler , Office
of Capital Development , August 3 , 1967 , as cited in AID , Brazil Mission , “
Passo Real , " memo from Judith Tendler to William Wheeler , April 11 , 1968 , p .
2 . 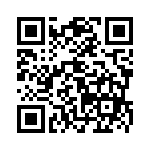