If you want to understand Revelation, but are intimidated by words like: exegesis, Septuagint, or even apocalyptic, then please consider this book. Authors Campbell and Bell respectively lay out ... Read full review

James S. Bell Jr. received his B.A. from the College of the Holy Cross in Worcester, Massachusetts, and his M.A. from University College, Dublin, Ireland. He is editorial director at a religious publishing house that includes Bibles in its product line. He is a former Director of Religious Publishing at Doubleday, Executive Director of Bridge Publishing, and a former consultant to the Bible publisher Thomas Nelson.

As general manager of the Princeton Religion Research Center, he worked with George Gallup Jr. in polling Americans concerning their religious beliefs and practices. His own clients in this area include major denominations, parachurch organizations, political groups, and national television networks. He writes study guides for religious books, and has compiled, edited, and modernized with cover credit approximately 20 religious classics.

His most rewarding "hobby" is daily Bible reading, and if he misses a day "life just isn't the same." He is a lay Scripture reader during the Anglican service at his local church. Mr. Bell is married with four children and lives in the western suburbs of Chicago.

Stan Campbell is a student of communication (B.S., Middle Tennessee State University; M.A., Wheaton College) who enjoys taking complicated concepts and making them short and simple enough for someone like him to understand. After doing so in 20 years of youth ministry and 15 years in Christian publishing, he has been a full-time writer for more than 10 years. He is the author of more than 25 books, including the BibleLog Thru-the-Bible series and The Complete Idiot's Guide to the Bible. He and his wife, Pam, live in the suburbs of Chicago. 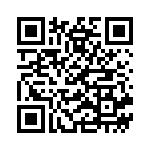