Page 13
At such points , a new idea was more frequently scrapped with " what would
Congress say ? " — than adopted with the attitude of " how could we get this one
around Congress ? " The new recruit to the agency was often surprised to sit
down at ...
Page 114
Testimony of David Bell , U . S . , Congress , Senate Committee on
Appropriations , Personnel Administration and Operations of the Agency for
International Development , Special Hearings Before the Committee on
Appropriations , 88th Cong ...
Page 118
For AID ' s publicity about U . S . equipment sales , and congressional rebukes for
it , see U . S . , Congress , Senate Committee on Foreign Relations , Foreign
Economic Assistance , 1973 , Hearings Before the Committee on Foreign
Relations ... 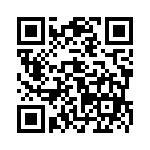