Mark Mazower is professor of history at Columbia University and Birkbeck College, London. He is the author of Inside Hitler's Greece: The Experience of Occupation, 1941-44, winner of the Fraenkel Prize in Contemporary History and the Longman/History Today Award for Book of the Year. He lives in New York City. 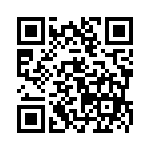