A detailed, punctilious description of the way the brutality of the German invasion of Poland, Russian and the Baltic States spiralled into genocide. Difficult to read but necessary to dispel some of ... Read full review

The origins of the Final Solution: the evolution of Nazi Jewish policy, September 1939-March 1942

Browning (history, Univ. of North Carolina, Chapel Hill) argues that while the Nazis' effort to find a Final Solution to their self-created Jewish Question was inherent in their ideology, we cannot ... Read full review

Christopher R. Browning is Frank Porter Graham Professor of History at the University of North Carolina?Chapel Hill. He is the author of numerous books on Nazism and the Holocaust, including Nazi Policy, Jewish Workers, German Killers and Ordinary Men: Reserve Police Battalion 101 and the Final Solution in Poland. 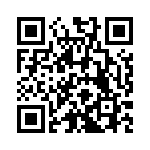