Page 5
You know Mrs. Mitchell's house , Sir John ? She lives on the Downton Road — a lonely place — but a nice house . And she is a wealthy widow“ Ah ! a widow ? ” put in Sir John reflectively . “ Yes , I think ' we have met her .
Page 258
Wm . Oughtred , Robert Butler , Nicholas Hunt , Peter Herigone , Wm . Webster , Leonard Digges , John Penkethman , Adrian Metirus , J. H. Alsted , John Lauremberg , Theon of Smyrna , Edmund Wingate , Francis Vieta , Seth Partridge ...
Page 280
It has been attempted to identify him with Sir John Fastolfe , an historical personage who fought in the wars with France . Shakespeare introduces him in “ Henry VI . " and represents him as running away from a fight with the French ... 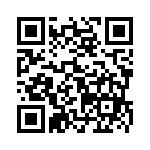