Page v - ... outside readers who report to him in confidence on the quality of the work. Publication of a work signifies that it is deemed a competent treatment worthy of public consideration but does not imply endorsement of conclusions or recommendations.
Appears in 13 books from 1973-1999

Ronald I. McKinnon is a professor of economics at Stanford University and a member of Brookings' associated staff. 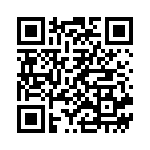