Page 351
Here he received a new impulse in the religious life . He had a bad fall while training an English mare , “ Miss Anna , " for the military sports , was laid up for a month , and was “ administered , " or received the Sacraments , as one ...
Page 393
It was not till the afternoon that he received his first gleam of encouragement , when the King , having thoroughly tested the ship's timbers himself , remarked that " the cross - grained was in the men , not in the timber .
Page 582
I have no doubt that it is better for my soul that I have not received the instantaneous cure for which I so longed and hoped . The next letter , December 3 , from Amélie - les - Bains , touches upon a prosaic ordinary treatment :I am ... 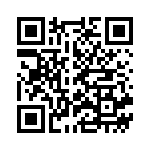