In this post-Yugoslavia world, I'm finding it difficult to tell what those former constituent parts of Yugoslavia, sporting strange names like “Kosovo”, “Montenegro” and “Herzegovina” all fit within ... Read full review

A useful and brief, but comprehensive, history of Bosnia from earliest times to the brutal present. Until its virtual dismemberment in the past three years, Bosnia was a unique political and cultural ... Read full review

NOEL MALCOLM, author of the widely acclaimed Bosnia: A Short History (also available from NYU Press), has been described by The New York Times as "President Clinton's favorite Balkans expert." 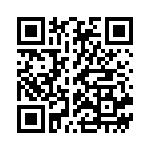