Lajco Klajn was born in Subotica (Vojvodina) in 1925. He survived WWII as a partisan, while almost his entire extended family perished in the concentration camps. He completed law school, was elected judge in the Vojvodina Constitutional Court, and since 1987 served as professor of law at the University of Novi Sad and member of the Yugoslav Federal Ministry of Justice committee that studied war crimes. In the capacity of legal expert, Dr. Klajn led major legal proceedings. He presented and published more than one hundred scientific reports in addition to biographical data, books, textbooks, and memoirs. 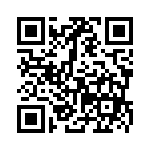