Page 1 - The life of the law has not been logic: it has been experience. The felt necessities of the time, the prevalent moral and political theories, intuitions of public policy, avowed or unconscious, even the prejudices which judges share with their fellow-men, have had a good deal more to do than the syllogism in determining the rules by which men should be governed.
Appears in 584 books from 1879-2007

The History of Michigan Law offers the first serious survey of Michigan's rich legal past. Michigan legislators have played a leading role in developing modern civil rights law, protecting the environment, and assuring the right to counsel for those accused of crimes. Michigan was the first jurisdiction in the English-speaking world to abolish the death penalty. As the state industrialized, its legal system responded to the competing demands and interests of farmers, railroads, entrepreneurs, and workers.

Michigan was a beacon of liberty for fugitive slaves and free blacks before the Civil War and an early leader in the adoption of laws to protect civil rights and prohibit discrimination after that conflict. The state was the site of the Ossian Sweet murder trial, which illustrated the tensions in Michigan between law and popular ideology. The History of Michigan Law documents and analyzes these legal developments and others, including the history of labor law, women's rights, and legal education.

This landmark volume will serve as the entry point for all future studies that involve law and society in Michigan and will be invaluable in the comparative study of state law. As the Michigan Supreme Court enters its third century, The History of Michigan Law has relevance beyond the legal community, for scholars and students of American history. 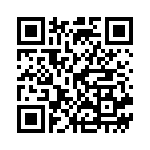