Page v - It is the function of the trustees to make possible the conduct of scientific research under the most favorable conditions, and to safeguard the independence of the research staff in the pursuit of their studies and in the publication of the results of such studies. It is not a part of their function to determine, control, or influence the conduct of particular investigations or the conclusions reached...
Appears in 128 books from 1913-1998
Page v - The Brookings Institution is an independent organization devoted to nonpartisan research, education, and publication in economics, government, foreign policy, and the social sciences generally.
Appears in 132 books from 1961-2004
More
Page v - ... outside readers who report to him in confidence on the quality of the work. Publication of a work signifies that it is deemed a competent treatment worthy of public consideration but does not imply endorsement of conclusions or recommendations.
Appears in 13 books from 1989-1999
Less

Michael O'Hanlon is the director of research and a senior fellow in the Foreign Policy program at the Brookings Institution, where he holds the Sydney Stein Jr. Chair. His books include The Science of War (Princeton University Press, 2009) and numerous Brookings books.

Carol Graham is a senior fellow in the Economic Studies program and codirector of the Center on Social and Economic Dynamics at the Brookings Institution. 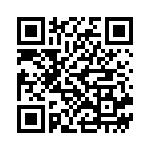