Page 213
As local death , or the decay of the particles of the individual body , is a constant concomitant of individual life , no less true is it that general death is an invariable accompaniment of the ļife of the race or species .
Page 327
Nero , it is said , was terrified when he heard he was to be put to death , but over and above his terror he was inexpressibly annoyed to find himself called by his private name , instead of his imperial one , in the proclamation ...
Page 606
Thus , it is believed in Tuscany that when a man desires death , the devil passes before his bed in the form of any animal except the lamb , but especially in that of a he - goat , a cock , a hen , or a cat.3 In Germany , we are told ...

23 other sections not shown 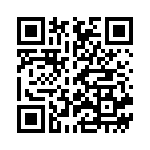