P 358
Added to the variety of information given by Herodotus and Xenophon, the data taken from the military authors (both Classical and Hellenistic) enable us to reconstruct generally, if not in detail, the network of major Achaemenid — keeping in mind that the accounts of military campaigns only consider roads from the point of view of the provisions the army might be able to find there. We may note first that the capitals of the Empire (Pasargadae, Persepolis, Susa, Babylon, Ecbatana) were linked by major highways, in a rough quadrilateral. The best-known itinerary is Persepolis–Susa, since it can be reconstructed not only by analyzing Alexander's route but also from the Persepolis tablets: there were about twenty stops between Persepolis and Bezitme (near Susa). According to the Hellenistic authors, crossing the Fahliyun region took nine stages, from Parmadan to Dasher. From Susa to Ecbatana, the royal road avoided the central Zagros (Luristan), since the direct route crossing Cossean country was “difficult and narrow, skirting precipices” (Diodorus XIX.19.2✧). The main road took a longer route across the Babylonian plain before veering east to reach the Iranian Plateau near Behistun. From Ecbatana, another road reached Persia by Gabae (Isfahan) and ended up at the Persian Gulf at Bushire.
Furthermore, the variety of countries named in the tablets shows that the capitals were connected to all the provinces in the Empire. Northward, the venerable Khorasan road joined Ecbatana to Bactra, via Rhagae [Teheran], the Caspian Gates Gates, Hyrcania, and Parthia. Southward, leaving Fars, one could travel to Arachosia (Kandahar) and Gandhara (Kabul area), and from there to Bactra as well as to the Indus Valley. The North Road and the South Road were joined by a transverse road used by Cyrus and then Alexander via Aria (Artacoana/Herat), Drangiana (the Helmand basin and land of Ariaspi), and Kandahar. From Kandahar, another itinerary (used by Craterus in 325) gave access directly to the Indus Valley through the Bolan Pass. Toward the Mediterranean there were two main itineraries that coincided from Susa to Arbela (east bank of the Tigris). From Arbela, Herodotus's Royal Road reached Sardis via the upper Tigris and upper Euphrates, Armenia, and Cappadocia, the Halys, Greater Phrygia (Celaenae), and the Meander Valley. Here is Herodotus's version: Region crossed Parasangs Stops (stathmoi) Lydia–Phrygia 94.5 20 Cappadocia 104 28 Cilicia 15.5 3 Armenia 56.5 15 Matiene <137> <3>4 Cissia 42.5 11 The figures presented here include corrections to the manuscript tradition. The route of Herodotus's Royal Road is still controversial, which is rather surprising, especially within Cappadocia and Cilicia. In all, he writes, the route stretched some 13,500 stadia, if we agree (with him) that 1 parasang equals 30 stadia—thus about 2,500 km. And he ends with: “At 150 stadia per day, the journey would take 90 days. Adding the Ephesus– Sardis leg (140 stadia), he estimates it would take three months and three days to travel from the sea to Susa.
In another itinerary, known mainly from an Aramaic document (DAE 67 [AD 6]), to which we shall return at length (chap. 9/2 below, 364ff.), travelers left Arbela for Damascus and Egypt. Some of the stops on the itinerary are the well-known cities of Arbela and Damascus, but also Lahiru, which is known from several Babylonian texts of the same period (Darius II).

Page 99 - I am Bardes the son of Cyrus, the brother of Cambyses." Then the whole state became rebellious ; from Cambyses it went over to him, both Persia and Media, and the other provinces. He seized the empire ; on the pth day of the month Garmapada,* then it was he thus seized the empire.
Appears in 37 books from 1854-2006
Page 16 - I am Darius the Great King, King of Kings, King in Persia, King of countries, son of Hystaspes, grandson of Arsames, an Achaemenian. 2. Saith Darius the King: My father was Hystaspes; Hystaspes' father was Arsames; Arsames' father was Ariaramnes; Ariaramnes' father was Teispes; Teispes
Appears in 20 books from 1866-2005 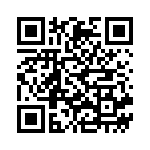