Page 52
By C. L. FURBUSH , Major Medical Reserve Corps . NOTE . - Under date of July 17 the Surgeon General makes the following statement in regard to the force he will need over and above 272 employees referred to above : " 3.
Page 63
Two of them went to France and one was appointed a captain quartermaster in the Reserve Corps . We have to promote a few men in that way . That accounts for one man jumping so high - the service he is now going to render . a The ...
Page 74
In the Ordnance Office we had 12 officers before this war and we have now 1H , including our reserve officers , and I anticipate we will have nearly 500 . MONDAY , JULY 16 , 1917 . OFFICE OF THE CHIEF OF ENGINEERS .
Page 76
The topographers in the Geological Survey have been taken into the reserve corps . I do not know whether you refer to those or not , but , of course , they would be on the work . The CHAIRMAN . Have all the topographers been made majors ...
Page 77
Have all of the men who are emploved in the Geological Survey on this mapping work been commissioned as officers in the Officers ' Reserve Corps ? Maj . RIDLEY . No , sir ; they have not . The CHAIRMAX . What proportion of them have ?
Next » 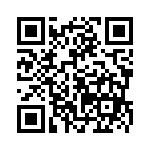