Author of early Arthurian romances, Chrétien de Troyes was born in France around 1150. Little is known about this medieval writer. His poems cannot be dated, except to say that they were written sometime in the second half of the twelfth century. His most famous works include Erec; Cligès; Lancelot, ou Le Chevalier à la Charrette; Yvain, ou Le Chevalier au Lion; Perceval, ou Le Conte du Graal, and Guillaume d'Angleterre. He also composed a version of Tristan and Isolde. During his life, he enjoyed the patronage of Marie de Champagne, the daughter of Philip of Flanders and Eleanor of Aquitaine. Although it is not confirmed, it is believed that he died in Paris in 1190.

Nigel Bryant was head of drama at Marlborough College. 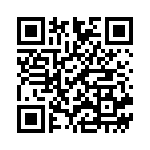