Page 194
Dumbledore answered it . It was Harry's turn for an elbow in the ribs : he'd let out
an audible gasp . Mr Lucius Malfoy strode into Hagrid's hut , swathed in a long
black travelling cloak , smiling a cold and satisfied smile . Fang started to growl .
Page 227
A smile curled the corners of Riddle's mouth . He continued to stare at Harry ,
twirling the wand idly . ' Listen , ' said Harry urgently , his knees sagging with
Ginny's dead weight , ' we've got to go ! If the Basilisk comes ... ' ' It won't come
until it is ...
Page 233
He might not see what use Fawkes or the Sorting Hat were , but he was no longer
alone , and he waited with mounting courage for Riddle to stop laughing . ' To
business , Harry , ' said Riddle , still smiling broadly . ' Twice - in your past , in my
... 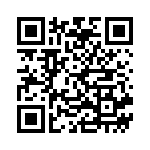